It’s been quite a while since I last posted anything on here. In between an international global pandemic and much more mundane real life stuff, I haven’t had as much time to sit down and write out a blog post for a couple of months now.

The Kings of War scene in Germany has been slowly growing pace over the past few years with several one day tournaments taking place across the country. The Kings of War Germany GT, run by The Privateer Poza Boyz wargaming club is going to be the country’s first two day GT style tournament which is a massive milestone in growing the game.

The tournament is 5 games at 2000 points using the blackjack scoring system.

As this is my first tournament since the start of lockdown and my first international tournament, I’ve decided to keep a of record of the build up and the event itself here on my blog.

In this first post I’m going to go over how I came up with my list, including a bit of a breakdown of each unit I’ve taken.

Then in future posts I’ll show you updates on my painting (I’ve currently painted 2/19 units…), some of the ‘cultural exchange’ gifts I’m putting together to take with me and finally photos and reports from the tournament itself.

I always knew that I wanted to paint a brand new army to this event because weekend GTs have always been my main motivator to get painting – sadly that motivation hasn’t really kicked in this time so now its more going to be a panicked rush to the finish to get them all done.

I started thinking about what army this would be months ago and decided that this would be the perfect opportunity to take the Twilight Kin off Universal Battle and proxy bases and into a real physical army.

The list I’ve gone with is the current iteration of my constantly evolving Twilight Kin. You can see some similarities to my first few Twilight Kin lists but I’ve actually moved the bulk of it around.

The biggest change for this tournament is the inclusion of the Shadow Hounds. To fit them in I’ve had to drop a troop of Gargoyles and the Bolt Thrower – the Bolt Thrower was an easy decision in the end, the Gargoyles I may live to regret.

The list isn’t designed to be uber competitive and there are definitely a few unit choices that are in there more because I think they’re cool rather than being the ‘best’ choice. But its a good solid all round mixed arms list that I have a lot of fun using and showcases Kings of War at its best in my opinion.

Bolt Throwers (that have now been dropped)
I still believe in Bolt Throwers, I think they’re incredibly reliable damage dealers that can be fairly well trusted to do a couple of points of damage every turn. They’re best suited to either picking off chaff or piling in with other shooting to tip nerve checks over the edge.

But there were a few things that held them back in my list.

The two Tallspear hordes mean that I have two very wide foot prints blocking the Bolt Thrower’s line of sight. As most chaff is height 2 (Gargoyles, Gur Panthers, Snow Foxes etc) this meant that the Bolt Throwers couldn’t effectively do their chaff clearing role without me having to position my entire army in a way to give them clear shots.

The Bolt Thrower also couldn’t do its second role of adding on to other shooting, because I haven’t really got that much shooting in this list. At least not above 6-12″.

I haven’t fallen out of love with Bolt Throwers and I’m sure I’ll add them back in future Twilight Kin lists, but for now they’re out.

Kindred Tallspears & Army Standard Bearer w. Lute
Who needs Palace Guard hordes when you can have Tallspear hordes with Brew of Strength?!

I love these two units they’re absolute work horses in the list acting as both hammer and anvils. Thanks to phalanx and high nerve they can absorb a charge from pretty much anything (so long as they’re not too badly multicharged) and backed up with Bane Chant and Drain Life, there isn’t much in the game that they can’t kill in one go.

Combine that with Speed 6 and between them they can threaten a huge area of the board at a time. I’ve bundled them together with the Army Standard Bearer with the Lute because they’re pretty much always going to be together – Bane Chant tips these hordes over the edge in terms of killing power.

These two units form the battle line that the rest of my army plays around, so they’re probably my most important units in terms of deployment.

Abyssal Horsemen
Two regiments of Abyssal Horsemen are the only thing that has stayed completely consistent in every Twilight Kin list I’ve used, I love these units that much.

The two Horsemen regiments are the main mobile punch in my list. They can’t take a charge anywhere like as well as the Tallspears, and at 14/16 they’re surprisingly vulnerable to shooting. But when they get an unhindered charge off they hit like a train. Yet again when stacked with either Drain Life, Bane Chant or the Soul Bane these units can one shot pretty much any threat – notice a pattern emerging?

I’ve gone for the Brew of Sharpness and Blessing of the Gods on mine, rather than the usual Pathfinder/ Strider you see on a lot of cavalry options. The reason for this is that I like to get the maximum efficiency out of my items, especially when using Twilight Kin because they’re usually so out numbered. Sharpness/ Elite do something for you every single combat you’re in whether you’re hindered, counter charging or charging ‘cleanly’. Pathfinder/ Strider are both excellent rules but you’re paying points for something that only works some of the time – I prefer to take something that works all of the time.

I tend to run one regiment alongside the Tallspear hordes and one out on the flank with the Soulbane. I’ve had quite a few games where a regiment of Horsemen and the Soulbane have managed to hold a whole flank down on their own the entire game – even if not they tend to take a lot of stuff down with them.

Soulbane
A slightly more paired down Soulbane than I’m used to because I didn’t have any points left for the bells and whistles. But even without any artefacts or upgrades he’s still one of the best mounted individuals in the game.

He’s just an all round solid and reliable combat character. The best part about him is definitely his Dread special rule, letting him contributes to multiple combats at once. Like lots of stuff in this army, he’s all about being as efficient as possible.

Twilight Assassin
I love the Assassin, I think it might be more heart than head, but I love them.

Fitting with the theme of being an incredibly point efficient unit the Assassin has the very real possibility of doing a consistent 2-3 damage for 7 turns of the game. That’s if I can learn to use them properly and keep them out of harms way!

The turn 1, 14″ Scout charge is very tempting but it is usually the wrong tactical decision…

Summoner Crone
I absolutely love Summoner Crones. In terms of game play and fluff wise they’re one of my all time favourite units in Kings of War.

In previous lists I’ve had as many as three fully tooled up Crones, but I’ve paired that back considerably here, simply because I’ve reduced the amount of Cronebound units in my army.

I’ve talked in the past about how the Summoner Crones can cause ‘list design funnelling’ for the Twilight Kin, pushing you away from the Elf choices in the list. Who knows, maybe that’ll change in the next Clash of Kings book…

This time round I’ve gone for one Crone with the Sceptre of Shadows (for Drain Life (9)) and the Boots of Levitation. I always find it a fairly 50/50 toss up between the Boots or the Wings of Honeymaze on the Summoner Crone. I went for the Boots this time because the extra 2″ range and +1 Defence is nice, and I already have a decent amount of Inspiring in the list so I’m less likely to need to be flying 20″ in order to Inspire an at risk unit

Cronebound Shadowhound
These are a brand new unit for me so I’m not sure how they’ll work. On paper I really like the look of them.

I added them into my list to try and solve a problem. All of my units are very very killy but also very expensive – this means that I’m constantly outnumbered and have to use expensive units to kill cheap ones. The Shadow Hounds are there to go chasing after the stuff that isn’t worth the Horsemen’s time but is too important to ignore. I’m thinking of things like a Zombie regiment sat at the back of the board on an objective, or a troop of archers that are plinking wounds off here and there. Add in to that the potential for a cheeky 18″ nimble flank charge and the fact that they’re unit strength 3 – I think these may be a really helpful addition to my list.

Gargoyles
Probably still the best chaff in the game – what else can I say about them that hasn’t already been said.

I’m going to regret dropping down to one troop, I know I am, but I really wanted another combat unit in the list and the Gargoyles were the only ‘spare’ points I had without totally compromising the list elsewhere.

Cronebound Mindscreech
I’ve included one Mindscreech in the list to act as a chaff/individual hunter – one Lighting Bolt (6) isn’t going to do anything to a regiment/ horde but is just enough to pick off some key targets.

The biggest strength of the Mind-screech isn’t actually its Lightning Bolt, its the flying unit strength. The Mindscreech is able to fire pot shots all game and then fly out at the end and claim an objective – yet again very efficient unit that is adding value every single turn.

So that’s the list. Hopefully I’ll be back in a few days time with a painting update – wish me luck!

Rise of the Underdogs: Kingdoms of Men

Rise of the Underdogs: League of Rhordia

Rise of the Underdogs: Ratkin Slaves 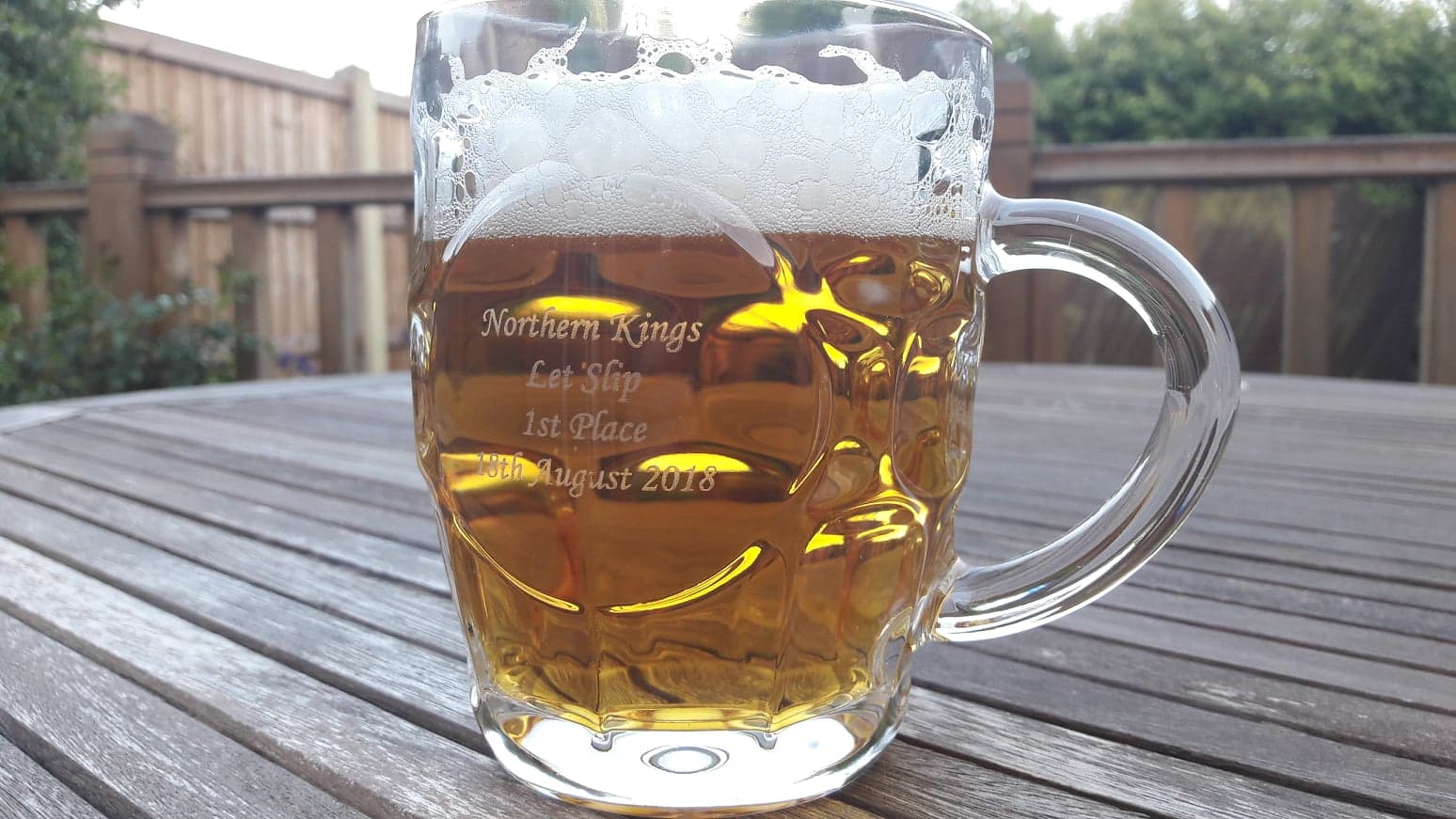 If you've enjoyed the blog and you're feeling generous, you can buy me a pint. Please dont feel any obligation to do so, I've started this blog because it's fun, not to make any money. Any money received will go towards hosting costs. Or my beer fund... ok mainly my beer fund.